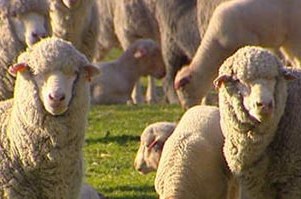 The sheep stud famous for selling Australia’s most expensive ram has itself been sold.

Australian Collinsville Merino Stud, north-east of Burra in South Australia, sold a ram for $450,000 in the 1980s.

The stud and station, which were owned by Paddy and Helen Handbury, have been purchased by South Australian pastoralists George and Sophie Millington.

The agent who brokered the deal was Ray White rural specialist Geoff Schell, who wouldn’t reveal the sale price.

“We have made a commitment to the vendor and purchaser that the price won’t be disclosed but let’s just say it’s a significant sale.

“The property itself, the station, was valued in excess of $5 million but the value of the actual stud, the genetics, the branding and the Collinsville name, that’ll remain confidential for now.” he said.

The Handbury family bought the stud in 1995 after it went into receivership, and had hoped to sell the station last year.

“The property [not the stud] did go to auction in November last year, but didn’t sell and was taken off the market in March of this year.”

Mr Schell says Mr Millington later approached the owners with a proposal that included the stud in the sale.

“Paddy was very keen that he had a purchaser who had passion, who would grow the stud and continue it.

“It wasn’t just a sale of land and sheep.”