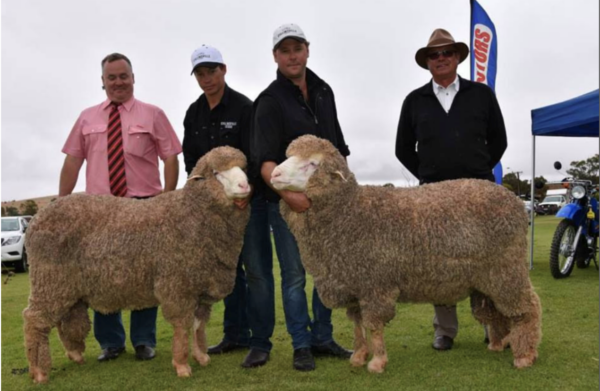 Collinsville offered 14 Rams for auction at the South Australian Merino Field Days which was held over two days, 19 – 20 March 2018.

Customers travelled far and wide to view our line-up of top-tier Rams on display at our sale complex, as well as at Burra Oval the following day.

We received positive feedback regarding the large display of ewes and young rams on the Monday at display on our property at Collinsville. It was pleasing to be able to display our depth of genetics to the public.

Purchases of our rams spanned as far as Winton in Queensland to Katanning in Western Australia, demonstrating the versatility of our genetics.

Rams also sold to producers in South Australia, Victoria and NSW. It was pleasing that some rams went to Hamilton in Victoria where rainfall is substantially higher then Hallett. Both the customer and classer commented on how Collinsville’s wools have improved remarkably and this wool would easily handle their rainfall.

A Victorian customer commented that 8 years ago they would not look at Collinsville but now with their wool they will be coming back next year.

We would also like to thank those who joined us at the SA Merino Field Days. We value your engagement and your support.